NLP originated when Richard Bandler, a student at the University of California, Santa Cruz, was listening to and selecting portions of taped therapy sessions of the late Gestalt therapist Fritz Perls as a project for Robert Spitzer. Bandler said that he recognised particular word and sentence structures which facilitated the acceptance of Perls’ therapeutic suggestions. Bandler then approached John Grinder, then a linguistics lecturer. Bandler and Grinder say that they studied Perls’s utterances on tape and observed a second therapist, Virginia Satir, to produce what they termed the meta model, a model for gathering information and challenging a client’s language and underlying thinking.

The meta model was presented in 1975 in two volumes, The Structure of Magic I: A Book About Language and Therapy and The Structure of Magic II: A Book About Communication and Change, in which the authors expressed their belief that the therapeutic “magic” as performed in therapy by Perls and Satir, and by performers in any complex human activity, had structure that could be learned by others given the appropriate models. They say that implicit in the behaviour of Perls and Satir was the ability to challenge distortion, generalisation and deletion in a client’s language.

Challenging linguistic distortions, specifying generalisations, and recovery of deleted information in the client utterances, the surface structure yields a more complete representation of the underlying deep structure, and has therapeutic benefit. Bandler and Grinder say that they drew ideas from Gregory Bateson and Alfred Korzybski, particularly about human modelling and ideas associated with their expression, “the map is not the territory”.

Satir and Bateson each wrote a preface to Bandler and Grinder’s The Structure of Magic Volumes I & II. Bateson also introduced the pair to Milton Erickson who became their third model. Erickson also wrote a preface to Bandler and Grinder’s two-volume book series based on their observations of Erickson working with clients, Patterns of the Hypnotic Techniques of Milton H. Erickson, Volumes I & II. These volumes also focused on the language patterns and some non-verbal patterns that Bandler and Grinder believed they observed in Erickson. According to Bandler and Grinder, the meta model is intentionally specific, but the Milton model was described as “artfully vague” and metaphoric — the inverse of the meta model. They say it was used in combination with the meta model as a softener, to induce trance, and to deliver indirect therapeutic suggestion. In addition to the first two models, Bandler, Grinder and a group of students who joined them during the early period of development of NLP, say that they developed techniques that they termed anchoring, reframing, submodalities, perceptual positions, and representational systems.

At the time, the human potential movement was developing into an industry; at the centre of this growth was the Esalen Institute at Big Sur, California. Perls had led numerous Gestalt therapy seminars at Esalen. Satir was an early leader and Bateson was a guest teacher. Bandler and Grinder claimed that in addition to being a therapeutic method, NLP was also a study of communication. By the late 1970s Grinder and Bandler were marketing it as a business tool, claiming that “if any human being can do anything, so can you”.

…and so began the evolution of NLP…..

Evolution and Distribution of NLP

If you wish to learn NLP, then you have a number of options available to you. You can learn the basics of NLP through reading one of the many great books that are available in the marketplace.  For a greater knowledge and for greater self improvement, then take advantage of a professionally delivered NLP Training Course. You can train to work in the field of NLP and Coaching as an NLP Practitioner and NLP Master Practitioner through taking a professional NLP certification course. NLP training options are plentiful and depending on your preferences and location you can train at company premises, in various hotels around the world and online (such as with this one from one of our members).

Play your part in the evolution of NLP.  We have chapters of NLP professionals worldwide and we are always looking to expand our influence, get in touch to let us know where you are and how you can help us to spread our message of excellence and goodwill.

NLPEA work worldwide to support mental health professionals and charities. Improving mental health one by one is a key way that NLP professionals can make a difference to society and we play our part through our unique seminar programme, coaching and NLP training. 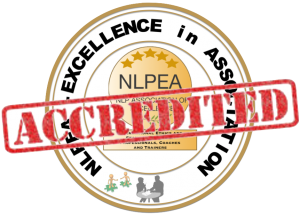 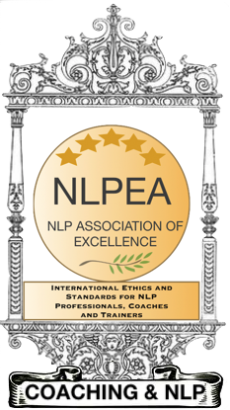